Get More From Canned Frosting 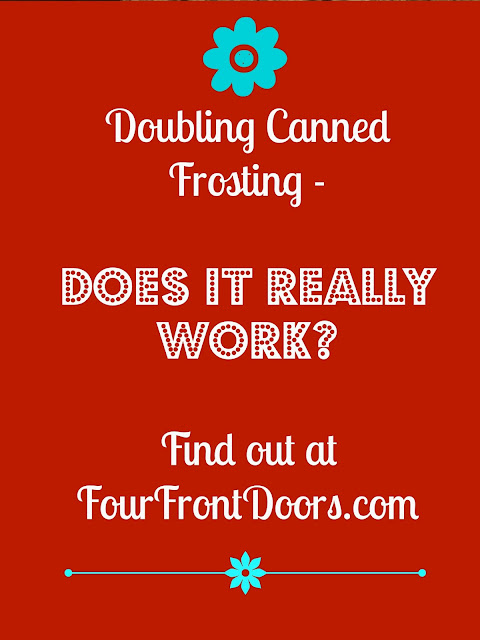 I read at A Subtle Revelry that you can whip up your store-bought frosting and it will double in just a short time.

I was skeptical but just had to try it.

I started with a Creamy Supreme Classic White frosting from Pillsbury. 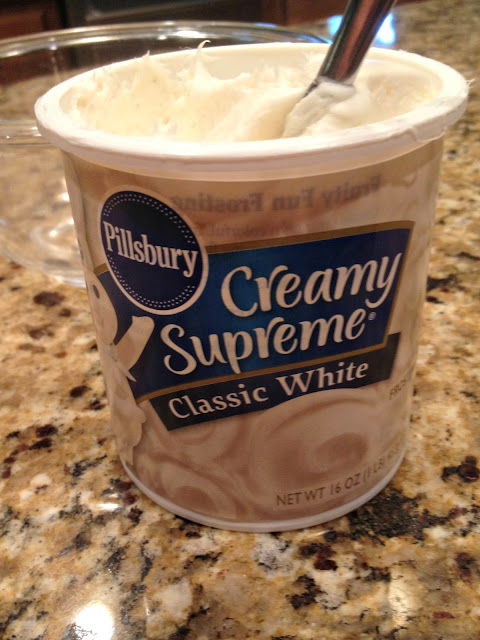 Here it is in the bowl before I whipped it: 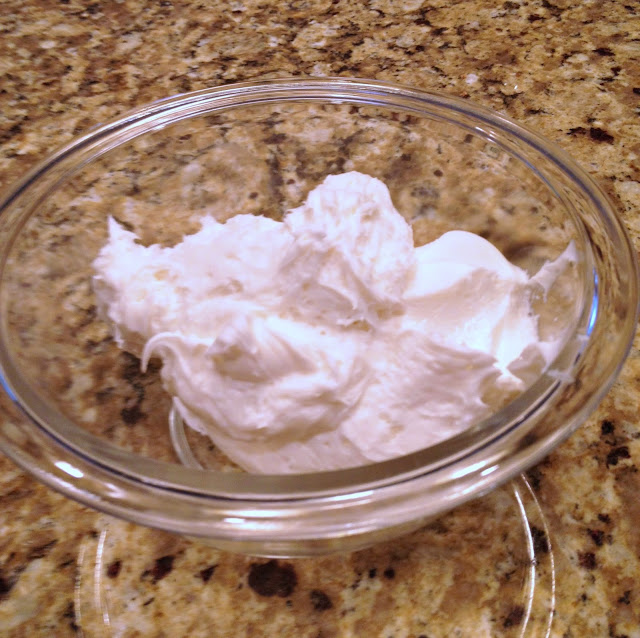 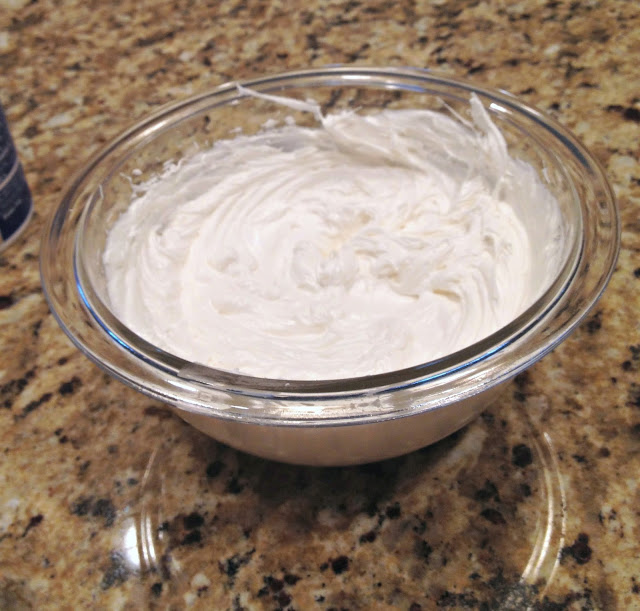 Not sure it quite DOUBLED, but it did increase in volume.  I did notice at the grocery store that the same size can of frosting for the whipped version weighed less than the non-whipped version, though not half as much.  So that tells me that this is a legit tip, in theory.

My only thought is that it isn't doubled, but it is increased (in my experiment anyway).  I just used a regular hand mixer, so it might be different with a stand mixer.  Also I suppose it might have increased even more if I had whipped it longer.

Obviously if you're adding air to it, it's going to fill it out, which should increase the surface area you're able to frost with the same amount of frosting. 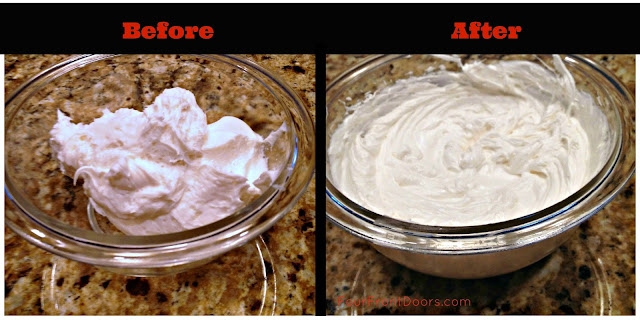 Verdict?  Give it a try if you're in a rush and short on frosting.  Good tip!