Markers on Mugs - Does it Really Work?

I'm always seeing this idea on the internet for using Sharpie markers to personalize a mug.  Great idea, right?  It seems the consensus is that it's a great idea, but it doesn't actually work after the piece has gone through the dishwasher.

I decided to take what seemed like the most logical suggestions and put them together in a major test of various types of markers and their staying power. 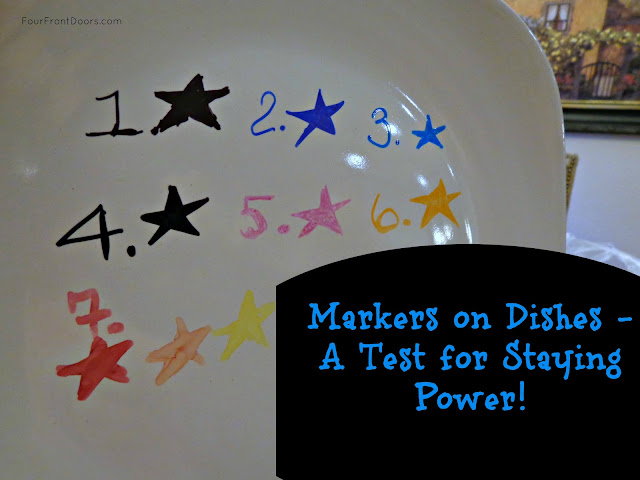 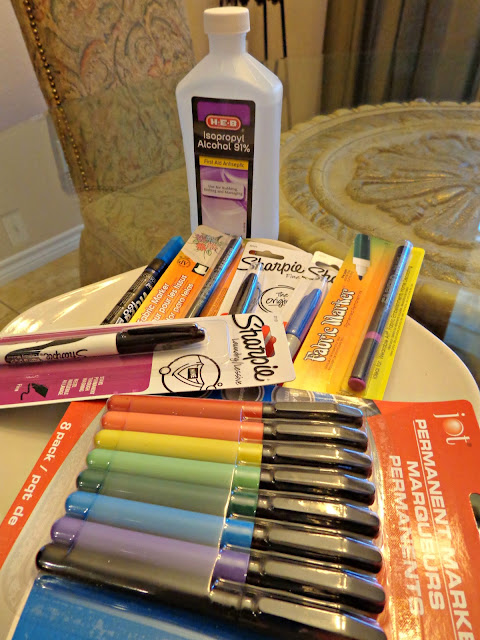 * I used plain rubbing alcohol to clean off a white dollar store plate.  I put a number and a star representing each marker. 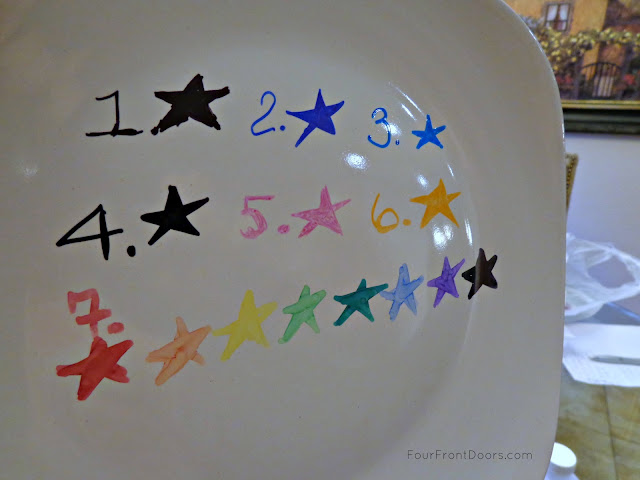 * Next, I put the plate into a COLD oven, heated it to 425 degrees, set the timer for 30 minutes AFTER it reached 425. Then I turned the oven off, but left the plate in, to avoid cracks that could result from removing it hot.

When it came out, there had been some changes! 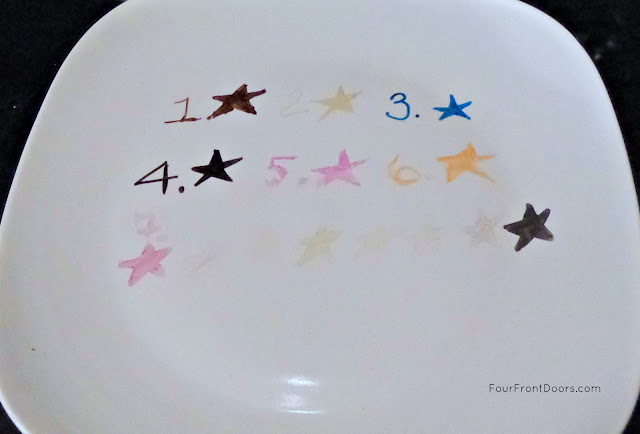 Next I used a wet Q-tip to try to rub or scratch off the color. The results: 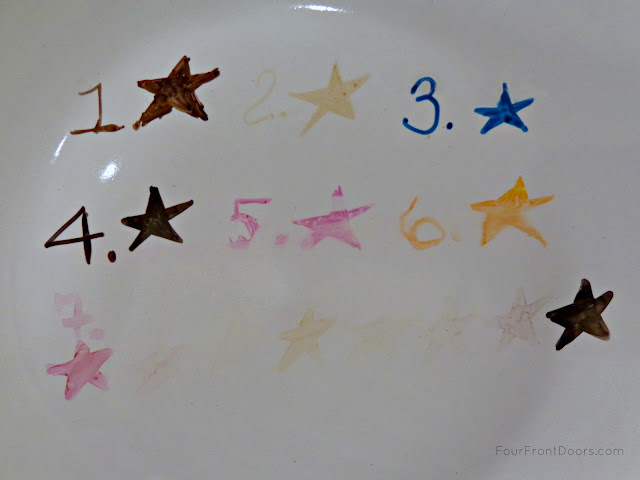 Finally, it was time for a trip through the dishwasher, followed by another round with the Q-tip.  Here's what happened: 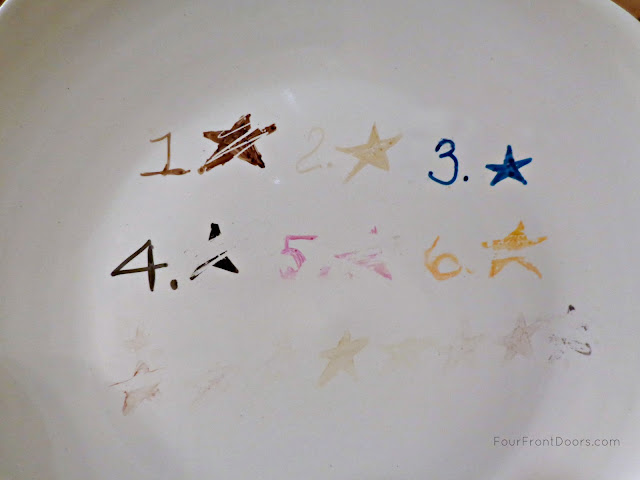 I think it's pretty clear.  The Vitrea marker (#3) was the only one that passed all the tests.  This one is made specifically for glass and has another version made for porcelain.  Reviews I read indicated that the porcelain marker tends to clump and that people had good luck using the 160 on plates and mugs.

According to the directions, this marker should be dishwasher safe WITHOUT putting it in the oven after a few days.

It's fun to find new uses for everyday items, but sometimes specialty items are made for a reason.  The Vitrea pens are NOT expensive, contrary to what I had read online.  You can get them for under $5 at Michael's, and they come in a wide range of colors, in both glossy and frosted finishes.

And, no, this is not an ad for Vitrea.  I bought the marker with my money and got no compensation at all for this post. I just wanted to see what would work and what wouldn't.

So now I know.  Then I decided to make something more useful than that ugly plate I experimented on. 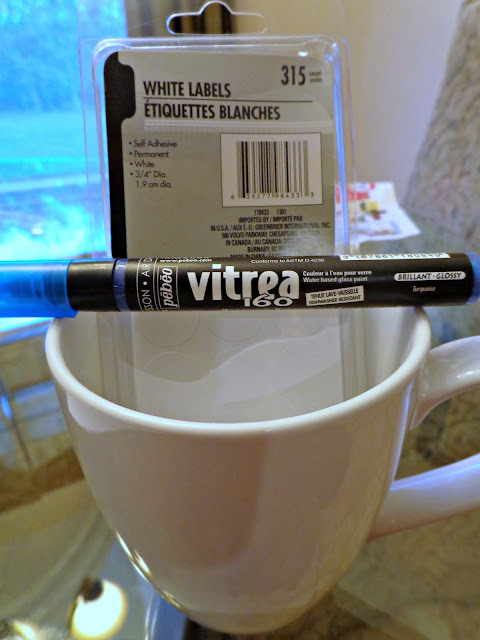 Dollar store mug, Vitrea marker.  Place white label stickers randomly on mug and trace around, then remove the stickers. Next I put little groups of dots randomly around the big dots.  Ta-da!  A fun mug that I KNOW can go in the dishwasher. 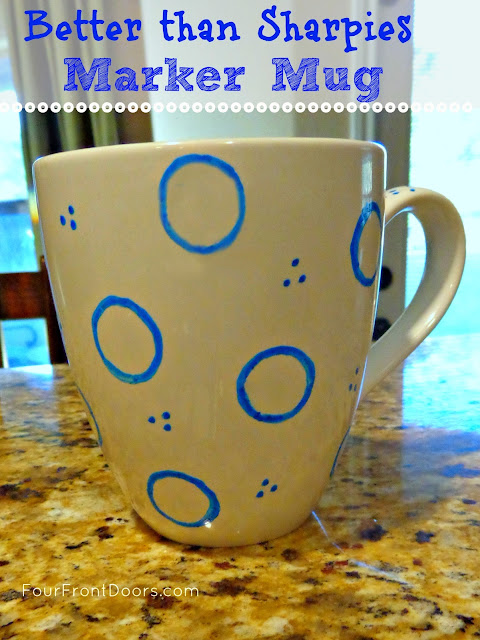